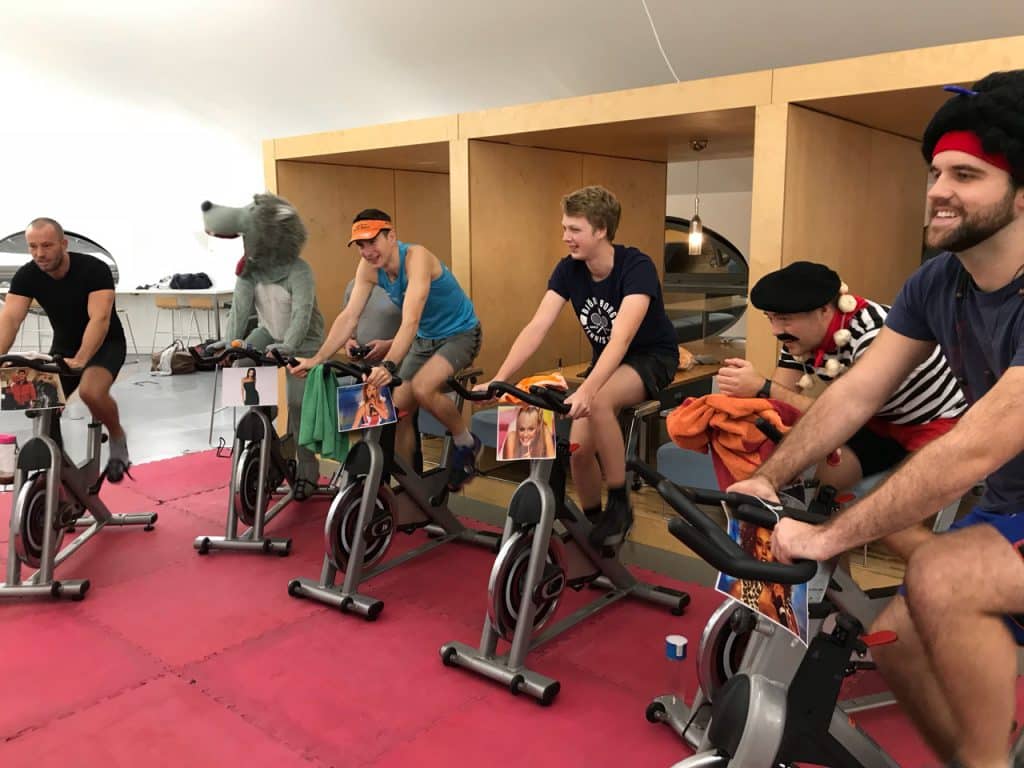 Adzuna’s 2018 charity challenge was the most ambitious yet. Not only were we set the daunting challenge of cycling the 874-miles from Land’s End to John O’Groats in 12 hours; we also set our sights on raising over $13,000 for MacMillan Cancer Research.

MacMillan provides invaluable support for people going through all forms of cancer – and were a source of crucial help for our co-founder Andrew throughout his treatment. We are therefore delighted to report that as a result of hard graft, and your generous donations, Team Adzuna has smashed both targets: raising a total of almost $17,000!

The challenge started before the sun had risen, with Arlandas, Ievers, Jamie, James, Stephen and Nathan embracing an early rise for the dreaded 6am shift. The morning crew set the tone with impressive dedication to fancy dress, cycling and in Arlandas’ case – his attempts to steer a stationary bike. 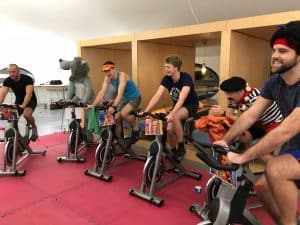 The cycling continued through the morning at a pace and particular mentions must go to Daniela for her 1 hour 45 minute shift and to Dave for cranking it up past the 28mph barrier! At around midday and having “passed Birmingham” we saw the first Adzuna race of the day. Complete with Tour d’Italia video footage the 6 racers went through the gears and put a further dent in the target; with Stephen’s crocodile/dog hybrid costume monstrosity enjoying a particularly soggy session. 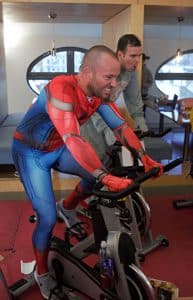 As the afternoon drifted by we were looking set to cruise past our target distance – especially after two mammoth stints from Adam Taylor and Doug, both coming in at over an hour and a half and 30 miles! 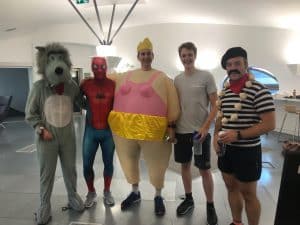 The team pushed on and the progress was serene. The only thing that could have stopped reaching our target was the fact that the seats made the experience somewhat akin to riding the Grand National on a taught washing line. Luckily Team Adzuna is made of stern stuff and as team pushed on, with facial expressions becoming increasingly distressed, we reached 18:00 and had we’d absolutely smashed our target of the 874-miles from Land’s End to John O’Groats, and indeed made it a large proportion of the way back as well! 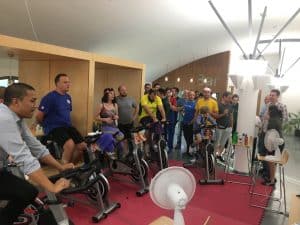 We’re delighted to say that, despite everyone’s legs shaking, the entire day was a complete success. We’d smashed our distance and fundraising targets and all for the brilliant MacMillan. It’s only right that the final word goes to Andrew who summed up just why the day’s events were so important:

‘MacMillian is a phenomenal organization and I’m so proud the Adzuna team were able to raise such a large amount of cash for them! MacMillan nurses are a special breed. They operate on the front line of cancer care and are among some of the hardest working, driven and lovely people I have ever met. Without them, my recovery would have been much, much harder.’

Thank you to everyone who donated – we’ll see you again next year!