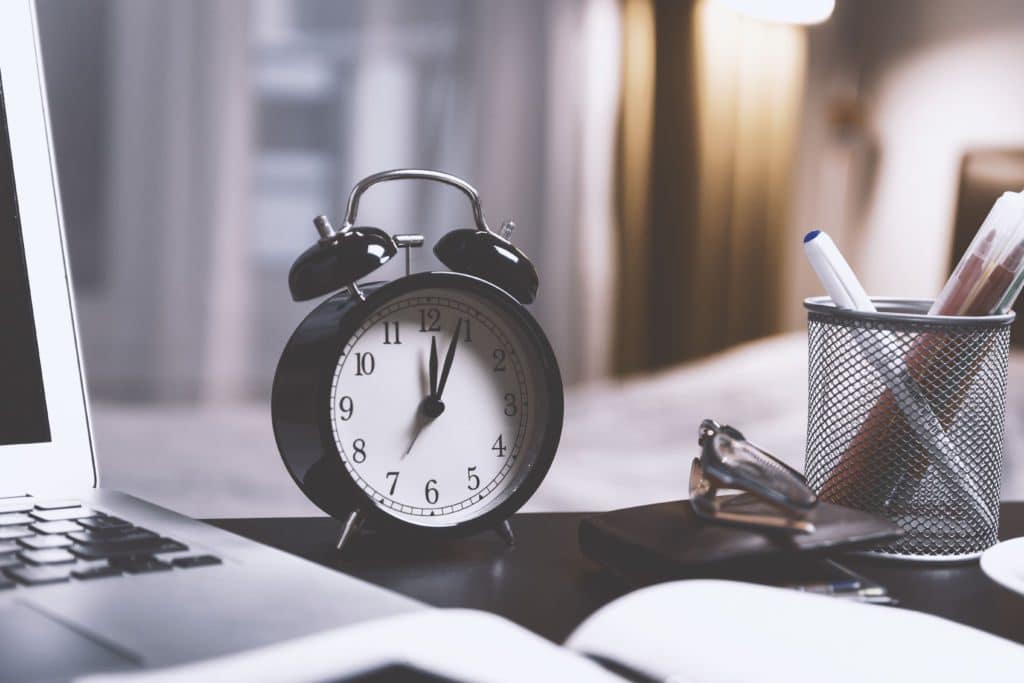 Are you feeling burnt out or generally unstimulated in your job? If so, it might mean it’s time to look for an alternative occupation. But before you jump ship, make sure the timing is right. To make it easier for you, data scientists at Adzuna have sifted through thousands of vacancies across America to see what times of year are ideal for starting something new.

Shedding light on labor market ups and downs confirms that hiring does indeed follow seasonal trends. And while there isn’t exactly a golden recipe for a perfectly timed job search — knowing the overall hiring trends could help you maximize your chances of landing the job. In 2018, Adzuna.com saw vacancy listings spike in six months in particular. These were: January, February, March, May, November, and December.

According to our data, your chances of finding work are at its peak during the wintertime. Despite holiday interruptions, the season has plenty to offer. Picking up momentum at the beginning of December, jobs are at an all-time high up until the holidays. Although they plunge for a couple of weeks during Christmas and New Year’s, they return in full force by mid January. Curiously, December proved to be a particularly good time for hiring. Countering the popular myth of it being a dead season, Adzuna has noted some of the highest numbers of vacancies at the beginning of the month. This is partly due to the fact that many hiring managers can anticipate the January/ February hiring craze and seek to avoid competition by snatching the best talent before it’s gone.

Offering a breath of fresh air, spring is a season blooming with opportunities. For many companies, it’s the beginning of a new fiscal year, which allows them to make new hires depending on company needs and budget. According to Adzuna’s data, March is a particularly good time for for finding full-time jobs, and is also a peak time for summer roles. By the same token, May has plenty to offer and comes with the added advantage of a hiring urgency to fill posts before summer hits. So if patience is not your forte, May is a great time to apply for a new role.

Generally speaking, summer is not a good time for bold career moves. As many hiring managers swap the work desk for the beach, and others are caught up in the midsts of holiday planing, hiring just isn’t really on anyone’s mind. What’s more, most companies will have already spent their human resources budget well before the summer, so new job postings are fewer compared to other times of year. If at all possible, we’d advise you wait out the stale summer months, and resume your job search efforts in September.

Contrary to popular belief, the harvest season can be a tricky time for job hunters. Adzuna’s data reveals that many industries don’t begin hiring until much later in the period. In 2018, job seekers had to wait until November for a first substantial spike after summer. Yet by the second week of the month, job boards were ripe for picking, hitting some of the highest numbers of job listings overall. Notably, November turned out to be one of the most stable months of the year, undoubtedly influenced by the growing urgency to hire before the holiday rush.

While it’s definitely a good idea to schedule your job search to avoid stale hiring periods, it goes without saying that you should always have a safety net in place. Just in case the job hunting venture proves more challenging than originally anticipated, or you’re suddenly befallen by an unfortunate calamity — you can retain a sense of security in your current role. What’s more, applying for jobs while you already have one, gives you some negotiation power, meaning you can easily turn down an offer if it’s not right for you. Swapping your old job for a new one should be a natural career progression and not a backslide, so keep your options open to ensure you make the right decision.

To give our readers the most accurate information and facilitate their job-hunt, we have compared the overall and regional job vacancy numbers  listed on adzuna.com across the largest American cities throughout 2018.

Staying motivated in your job search during the COVID-19 crisis

The Ultimate Guide To Finding a Job This Fall

The Impact of Social Distancing on the Workplace