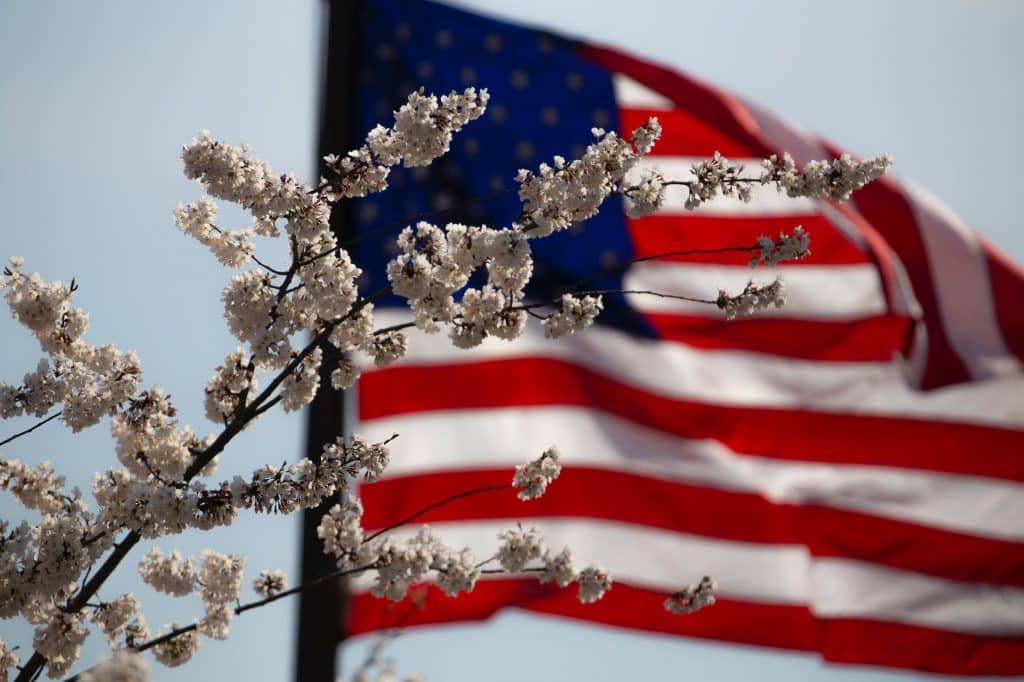 Here at Adzuna HQ, we’ve been closely following local labor market developments across the 50 US states ahead of the 2020 presidential election on 3rd November. In fact, you may have already seen our research on the states leading the US recovery. (If not, why not? Check it out here!) Diving even deeper, we’ve done some analysis on whether red states are doing better than blue states, or vice-versa, as well as taking a closer look at the key battleground states where voting results could determine the outcome of this historic election. This is what we discovered.

Weekly job vacancies are down an average of 8% in blue states since the start of the year, compared to an average fall of 15% in red states, suggesting recent policy choices in blue states may have been more effective in curbing Covid-19-related job market destruction.

Across the US, weekly advertized job vacancies are 10% lower than ‘normal’ levels to date in September, with 3.7million vacancies currently available, compared to an average of 4.1million in the first seven weeks of 2020, before Covid-19 hit.

Just 11 out of 50 US states have fully recovered from Covid-19, with hiring levels at or above the weekly average seen before the crisis.

Michigan, Ohio, Pennsylvania and New Hampshire are four swing state success stories, with their local job markets firing on all cylinders, crucially allowing the many thousands of workers who have lost their jobs a lifeline back into work. Weekly job ads are up +17% in Michigan compared to the start of the year, and this trend is echoed in Ohio (+10%), Pennsylvania (+1%) and New Hampshire (+1%).

The remaining 12 battleground states are all under-performing this average. Hiring activity in blue states Maine (weekly job ads down -16%), Minnesota (-16%), Virginia (-21%) and Colorado (-32%) is still well below the levels seen before Covid-19. And at the bottom of the pile, there are currently just under 22,000 job vacancies available in Democrat-held Nevada, 38% lower than the 35,000 weekly opportunities at the start of 2020, making it the worst affected battleground state and worst affected state overall across the US. New Hampshire is the only Democrat-held swing state with a job market operating at normal levels.

Weekly advertized job vacancies in Ohio are up 9.6% compared to pre-Covid-19 levels, with 154,555 jobs on offer during the first week of September, compared to 141,070 averaged over the first seven weeks of 2020.

However, this recovery may have been driven by a boom in lower paid roles. Average advertized salaries have fallen from $59,133 in January 2020 to $41,803 in September, suggesting employers have capped salaries while hiring. Meanwhile, the latest estimates from the US Bureau of Labor Statistics (BLS) show the state unemployment rate tracking at 8.9 in July, up from 4.1 in January, as many Americans in the state have lost their job during the pandemic.

Logistics & Warehouse is currently the biggest hiring sector in Ohio, with over 36,000 job openings currently available, including Amazon hiring just shy of 9,000 workers across the state. Healthcare & Nursing is the second top hiring sector, with over 21,000 openings currently available. Specifically, Cleveland Clinic, one of the largest hospitals in the US, is hiring for over 2,100 positions within Ohio, with open roles including research positions, office support staff and medical practitioners.

Michigan is home to one of the most resilient job markets in the US, with weekly advertized vacancies up 17.2% to 141,419 in the first week of September, compared to an average weekly count of 120,658 before Covid-19.

Sales is the top hiring local sector, with over 54,000 job openings currently available across the state, followed by 32,500+ advertized Logistics & Warehouse roles. McDonalds is currently hiring for over 1,500 staff, while home improvement store Home Depot is advertizing over 1,000 job openings.

However, the hiring boom has been largely among lower paid jobs, as employers look to cap their wage bills. Average advertized salaries have fallen from $55,818 in January 2020 to $34,348 in September. More widely, the unemployment rate within Michigan sits at 8.7% in July, according to BLS estimates, still significantly higher than the 3.8% seen in January.

Nevada has seen hiring fall the most of any US state as a result of the pandemic. The first week of September saw 21,695 job openings across the state, down 38.1% from the average weekly count before Covid-19 (35,049).

Meanwhile, the number of people searching for jobs has massively increased. The unemployment rate in Nevada was tracking at 14.0% in July, according to the BLS, over 10 percentage points higher than the rate in January (3.6%).

To make matters worse, those that succeed in finding work may find the pay levels have fallen. Average advertized salaries have slipped from $62,495 in January 2020 to $44,263 in September, as employers keep a lid on wages.

Healthcare & Nursing is the top hiring sector locally, with over 2,900 positions on offer in Nevada during the first week of September. Healthcare company Anthem, Inc are advertising 230 positions locally, including positions for Care Coordinators, Business Strategists, Auditors and Nurse Medical Managers. Outside of this sector, the Army National Guard are also currently hiring for over 200 roles within the state.

Colorado is one of the states hardest hit by the pandemic, with 73,308 advertized job openings available in the first week of September, 31.5% down from the average weekly count seen before the pandemic (107,045). Average advertised salaries have nearly halved over the same period, tumbling from $80,168 in January 2020 to $44,849 in September. Meanwhile, the unemployment rate has risen from 2.5% in January to 7.4% in July, according to the BLS. However, the city of Denver is a bright spot, currently hosting over 21,000 job openings – well over a quarter of all the job openings listed in the state.

IT is currently the top hiring sector across Colorado, with over 11,500 job openings currently up for grabs. They include IT giant Oracle, which is hiring for over 4,000 positions including a plethora of Developer openings. In Healthcare & Nursing (8,800+ vacancies, the third top hiring sector), several large companies are on a hiring spree, including Centura Health (1,300 vacancies), UCHealth (900 jobs) and Aspen Valley Hospital (900 jobs).

We’ll be keeping a close eye on the labor market recovery across the US in the run-up to the election, so stay tuned for further insights!