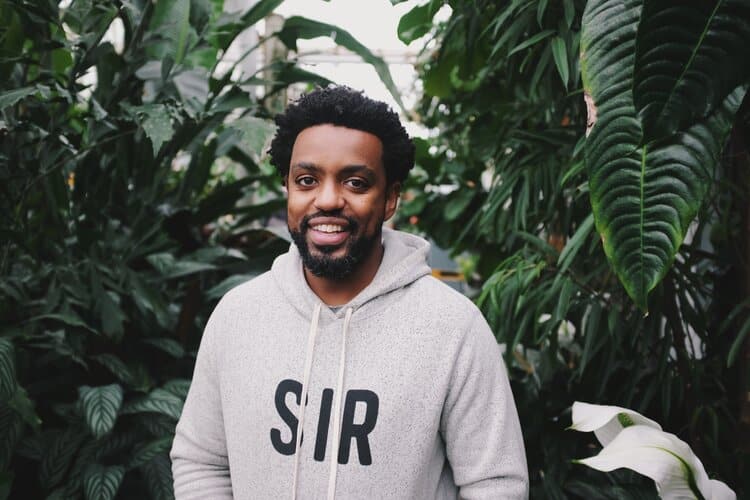 Each October, Black History Month celebrates the African diaspora, including African-American history. Here at Adzuna, we want to celebrate some of the black entrepreneurs who are operating here in the US and the businesses they have founded.

Here are 11 black entrepreneurs who are doing truly great things with their businesses. We hope these entrepreneurs will inspire you with their stories and demonstrate how you too can triumph over adversity and challenge.

Her business: Allows customers to pay for flights in instalments

Ghanaian Ama came to the US to study at Drexel University. Five years after graduating she was part of the West Coast’s Y Combinator class in 2016.

The platform was set up after Ama became frustrated during her college years that she couldn’t afford to fly home to see her family during the holidays. Marfo, therefore, aims with her business to make travel more affordable and accessible.

Marfo is also co-founder of the Marfo Children Care Foundation which helps raise and educate orphans and deprived children back in her native Ghana. 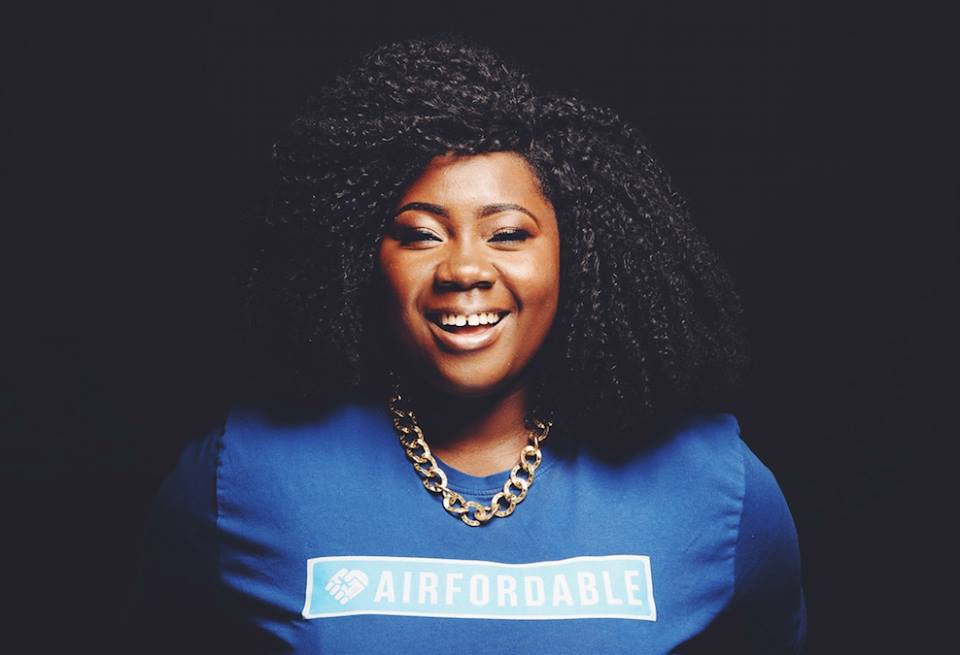 Founder and CEO of Localeur

His business: Offers authentic insights from locals for travellers

University of Austin alum Joah Spearman started off his entrepreneurial journey by starting a lot of businesses. He admitted he planned to open a business a year until one clicked.

With a background in tech, Localeur came from Spearman’s enthusiasm to combine technology and travel. He’s faced challenges when competing with giants such as Yelp and Tripadvisor as well as being a black man in the predominantly white world of tech.

Localeur is now expanding beyond restaurant tips and events to travel tips and insights into neighbourhoods. 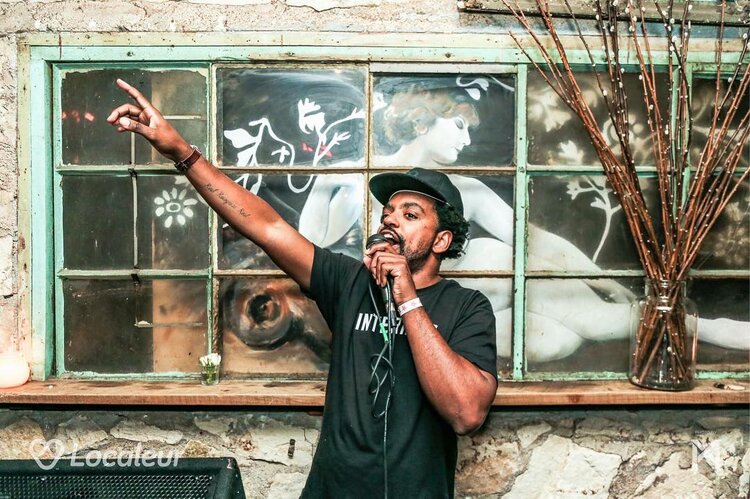 All photos credited to: Localeur

His business: An audio first messaging platform that aims to eliminate pointless meetings.

Slack-baked startup Yac raised $7.5 million earlier this year. The business allows people to send voicemails instead of long emails or host pointless meetings. After the world worked from home, and video call fatigue set in, we can see why Yac is proving popular. Since 2019, the business has grown 500%!

Yac was born out of Jordan (pictured on the right below) and his co-founders’ design agency, SoFriendly. As their workforce was remote and based in different geographies, they found it difficult to schedule calls that didn’t eat into someone’s personal time. To solve the problem, Yac which is short for “yelling across cubicles”, was born. 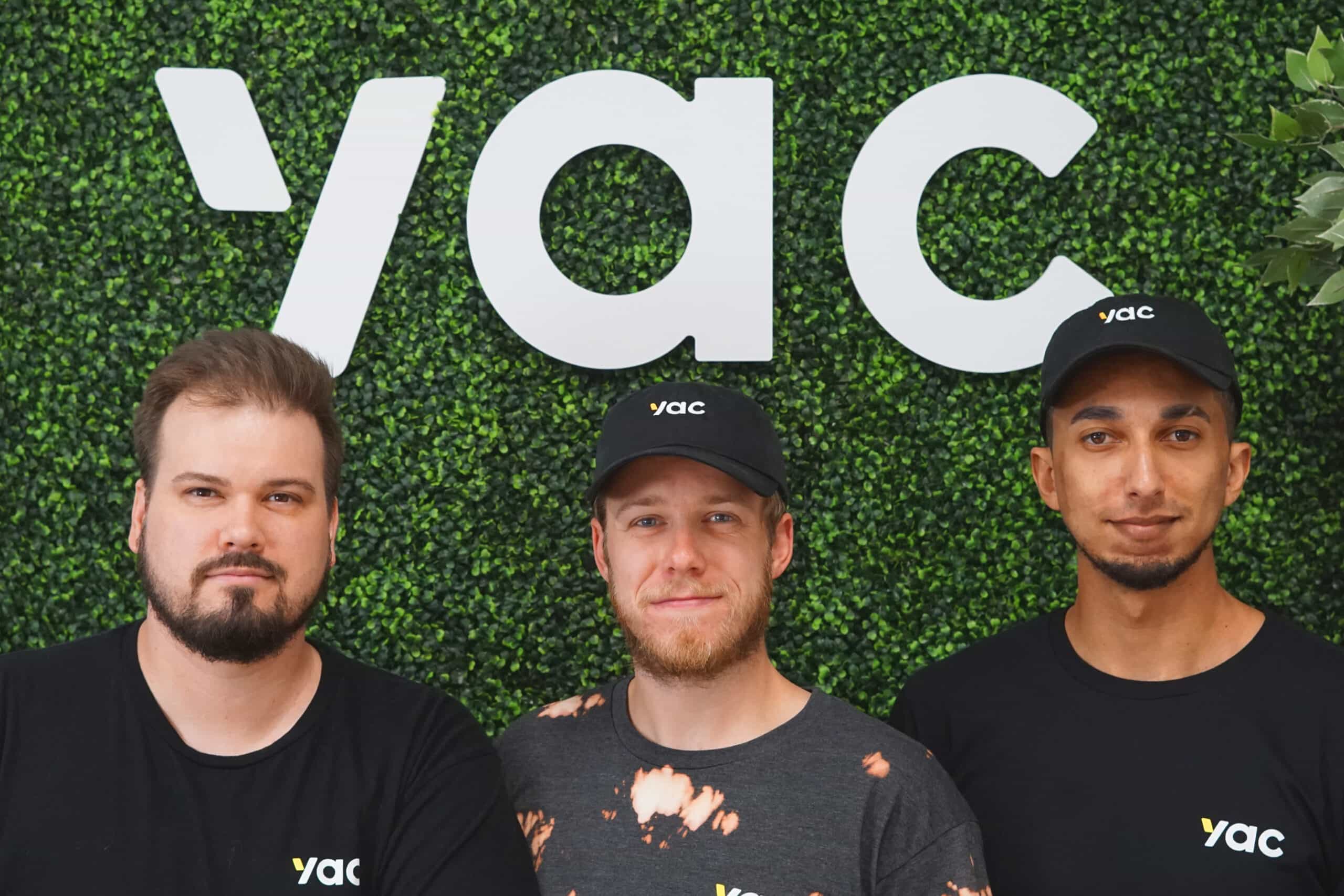 Co-founder and CEO of Zyrobotics

Her business: An educational disruptor that creates inclusive digital learning for children with differing abilities.

Johnetta and her team create fun-to-use, educational smart technologies designed to support all children aged 3-7 years. Products include TabAccess, a Bluetooth switch interface that makes it possible for children with motor limitations to use a tablet without touching a screen, an accessible learning system, Zumo, that helps children engage with STEM subjects, and a set of immersive STEM books.

Dr. J. MacCalla has a 30-year track record of leading successful tech companies and has degrees from Brown University, Stanford University, and a PhD from the University of Southern California. 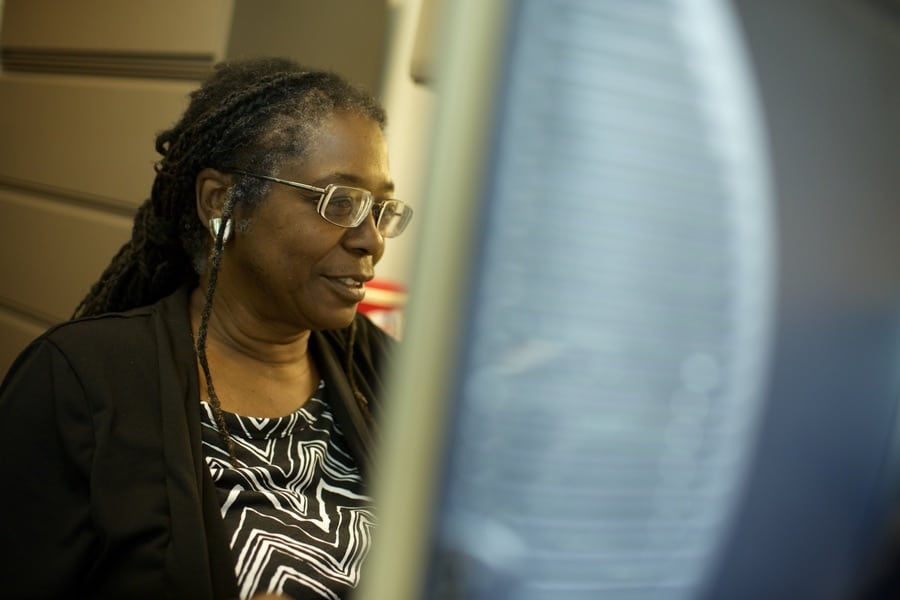 Her business: A micro fund focused on investing in women, especially those of color.

Abyah works to put money into the hands of founders who are female persons of color. Having experienced life as an outsider in the world of venture capital she knew that by supporting women from minority backgrounds she could change the game!

As well as founding the Twenty65 Fund she is also Vice President of Trimantium Capital where she manages relationships with a global roster of clients.

Ensuring she gives back, Wynn also works with a number of not for profit programs, and is now a board member of the Many Hopes foundation, which helps disadvantaged young people in Africa.

Inspired by Abyah? We have a range of venture capital roles on our site. 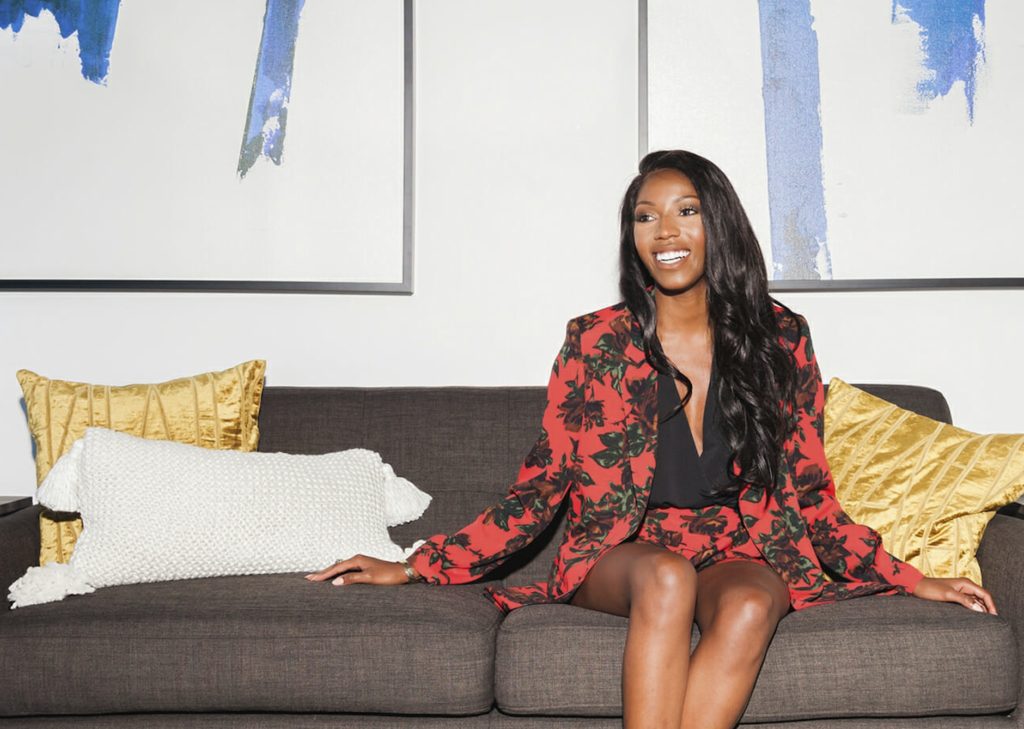 Co-founder of The Tenth Magazine

His business: A media organization that documents the history, ideas, aesthetics, and politics of the Black LGBTQ+ community.

Empowering black LGBTQ+ voices with an online magazine that is published twice a year, André (pictured centrally below) and his team feature black creatives from all over the world.

As well as founding The Tenth Media and The Tenth Magazine, Jones is also an executive producer/ producer in the film industry and runs his family’s funeral home business. 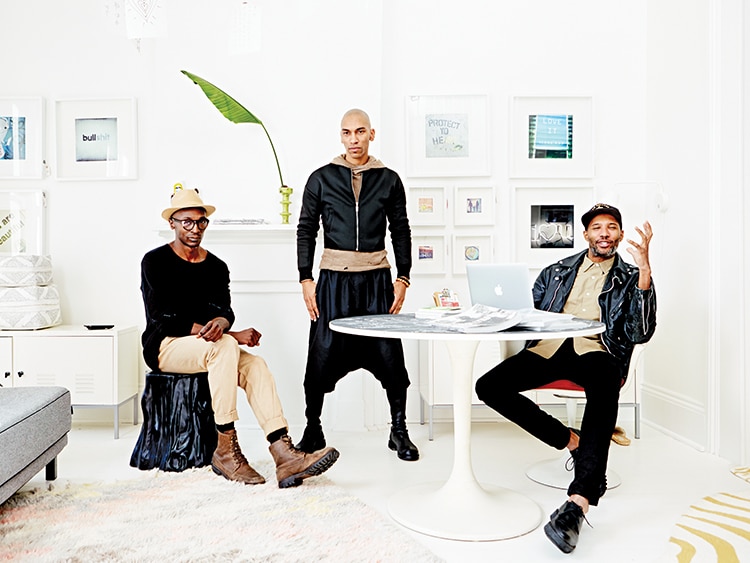 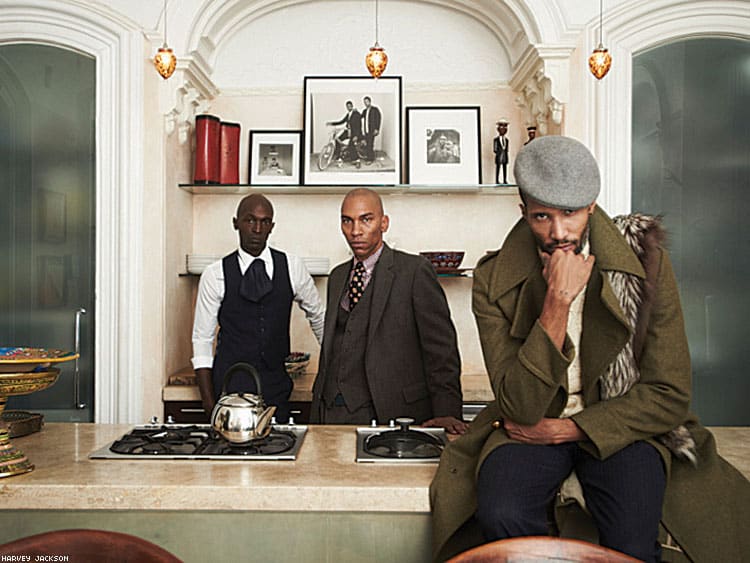 All photos credited to: Daymon Gardner and Harvey Jackson for Out

Founder and CEO at Zero

Zuleyka’s business was born out of seeing the plastic waste that was accumulating on beaches while on her honeymoon with her husband. When she returned to San Francisco, she embarked on a zero-waste lifestyle.

The more she explored America’s food supply chains, the more she realised that she needed to create a solution that got rid of plastic from this chain. Zero Grocery was born. Zero is America’s first plastic-free online grocery. Originally just in the Bay Area, the business has already expanded to LA.

Zuleyka is originally from London and now resides in California. As well as speaking out about racial inequality, she is also trans and speaks openly about being visible as a black trans female founder.

If you’re inspired by Zuleyka’s story, then why not apply for a role at Zero Grocery? You can see the current roles advertised here. 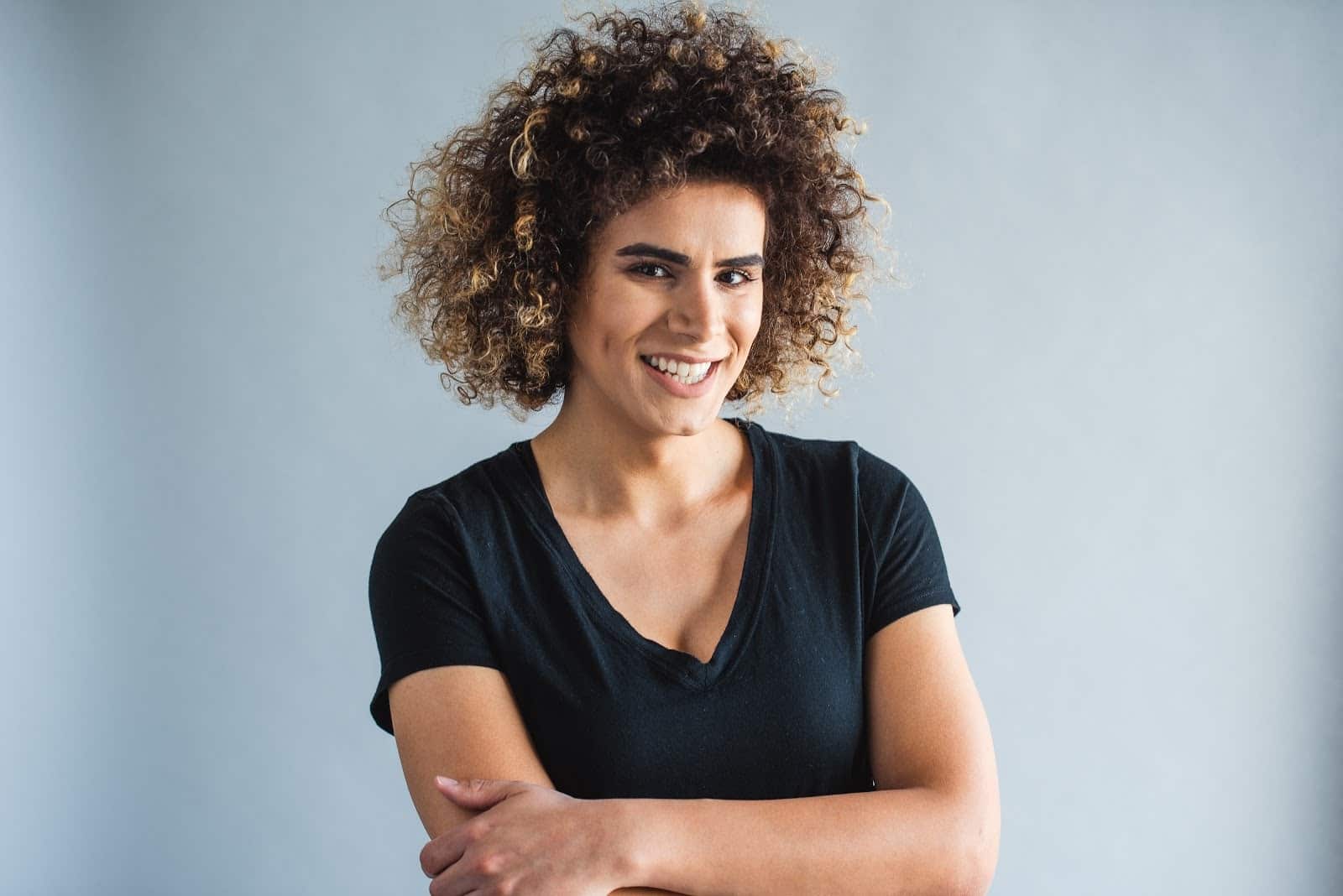 Dave Salvant and Songe LaRon feel their business has thrived during the pandemic. They’ve gone from revenue of zero in March 2020 to $10-$20 million within ten months.

Their business model is simple, they provide a booking system that enables business owners to set their prices, and schedule their time, all from an app or webpage. Their platform also manages the front end, by allowing customers to book and pay for appointments.

This New York City startup is now valued at a hefty $250 million, with plans to expand to overseas markets including Australia, the UK, and Canada. 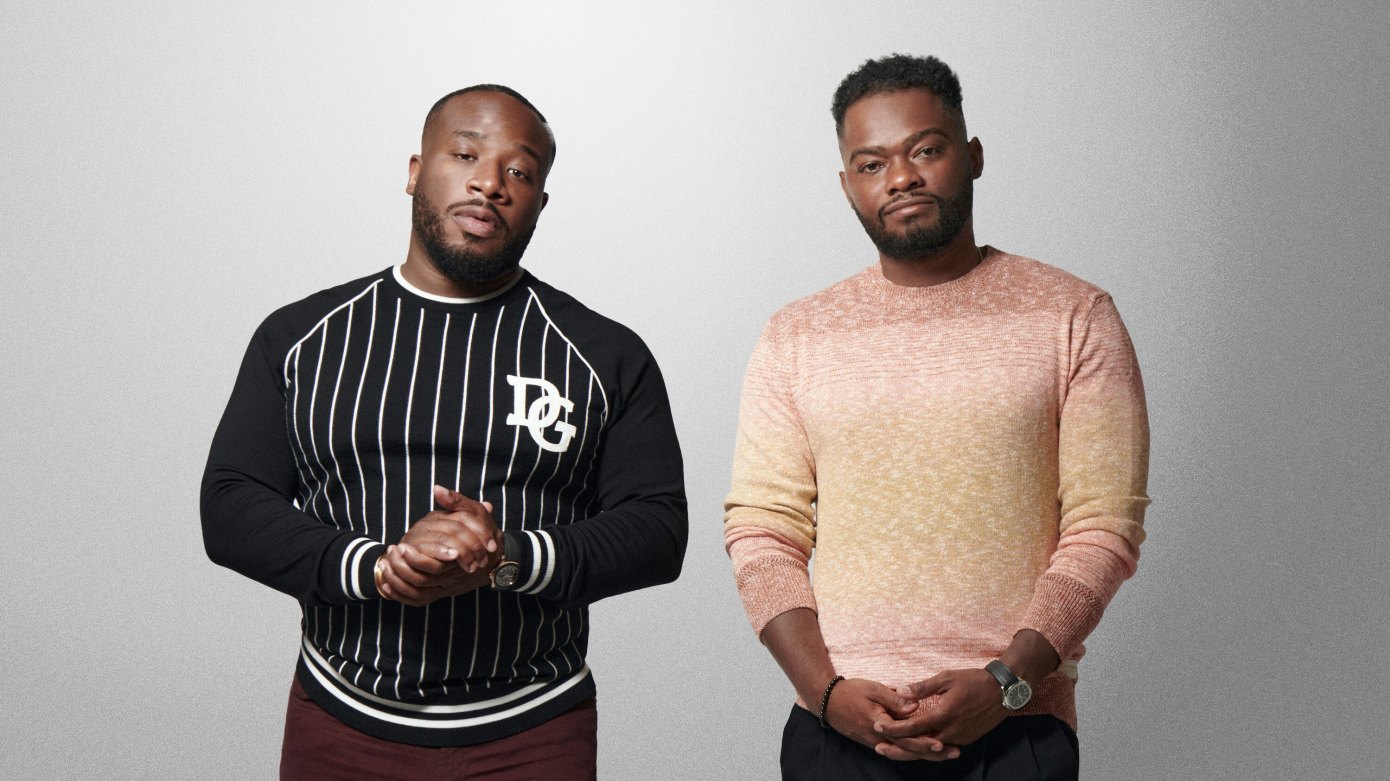 Her business: A VC firm that invests in underrepresented communities

Arlan built Backstage Capital from the ground up, while homeless. Since 2015, Backstage has now raised more than $15 million dollars and has invested in 170 companies. The fund is dedicated to minimizing funding disparities in tech by investing in founders who are LGBTQ+, persons of color, or women.

In 2018, Backstage expanded to include Backstage Studio, which has four accelerator programs in Detroit, LA, Philadelphia, and London.

Backstage have invested in both Localeur, Zyrobotics, and Yac. 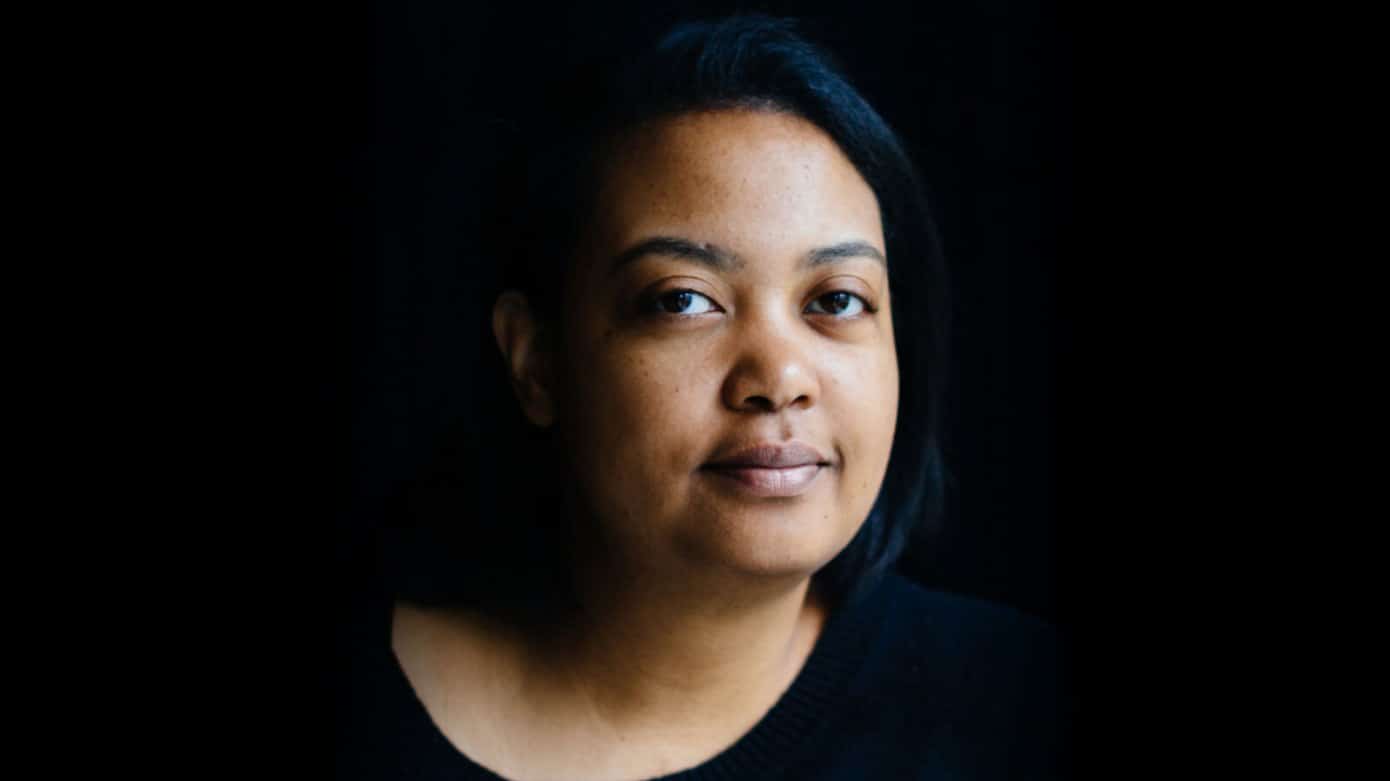 Founder and CEO of Calendly

His business: An online scheduling platform

Calendly, with a valuation of $3bn, is one of only a handful of black-owned unicorns (companies with a valuation of $1bn or more). It hasn’t been smooth sailing for Tope, who poured every penny he had into founding Calendly and even entered a war-torn Kiev in 2014 to get his product built.

Born in Lagos, Nigeria, at the age of 12 he witnessed his father being shot. Moving to the US in 1996, he was then offered a place to attend college at just 15, although he didn’t attend until 2 years later, and then forged his career in sales at a number of tech firms. A serial entrepreneur, it was Calendly that stuck.

With more and more meetings filling our diaries, and customers including LinkedIn on its books, it looks like Calendly will continue to go from strength to strength.

If you’d like to work for Tope and his team you can view roles at Calendly here. 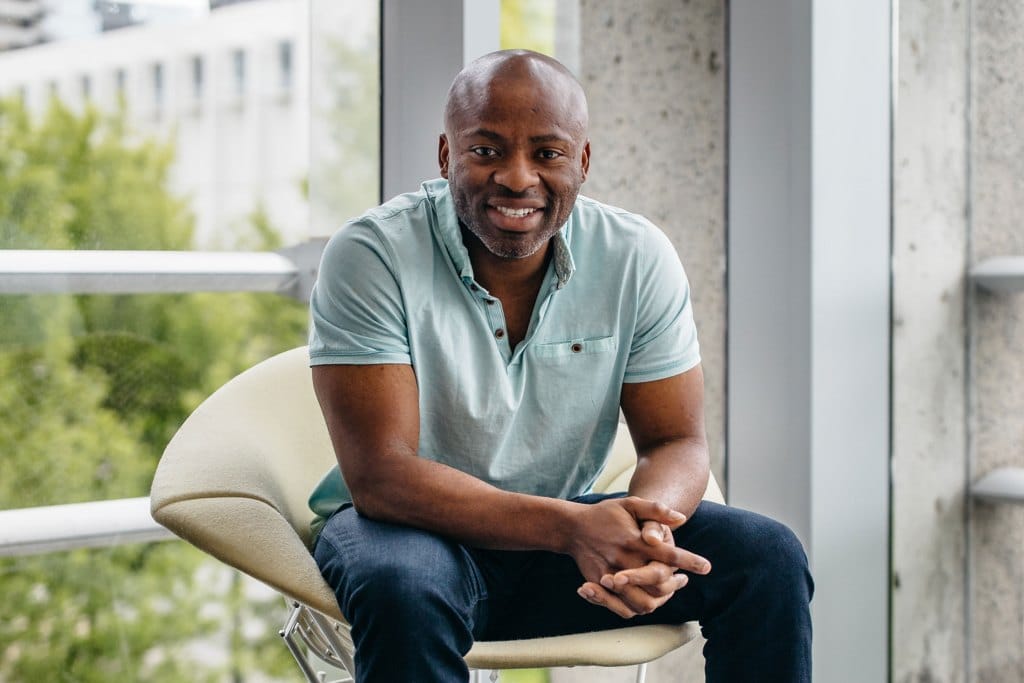 If you’ve been inspired by any of these entrepreneurs and are looking for a career change, then check out our site for the latest vacancies!